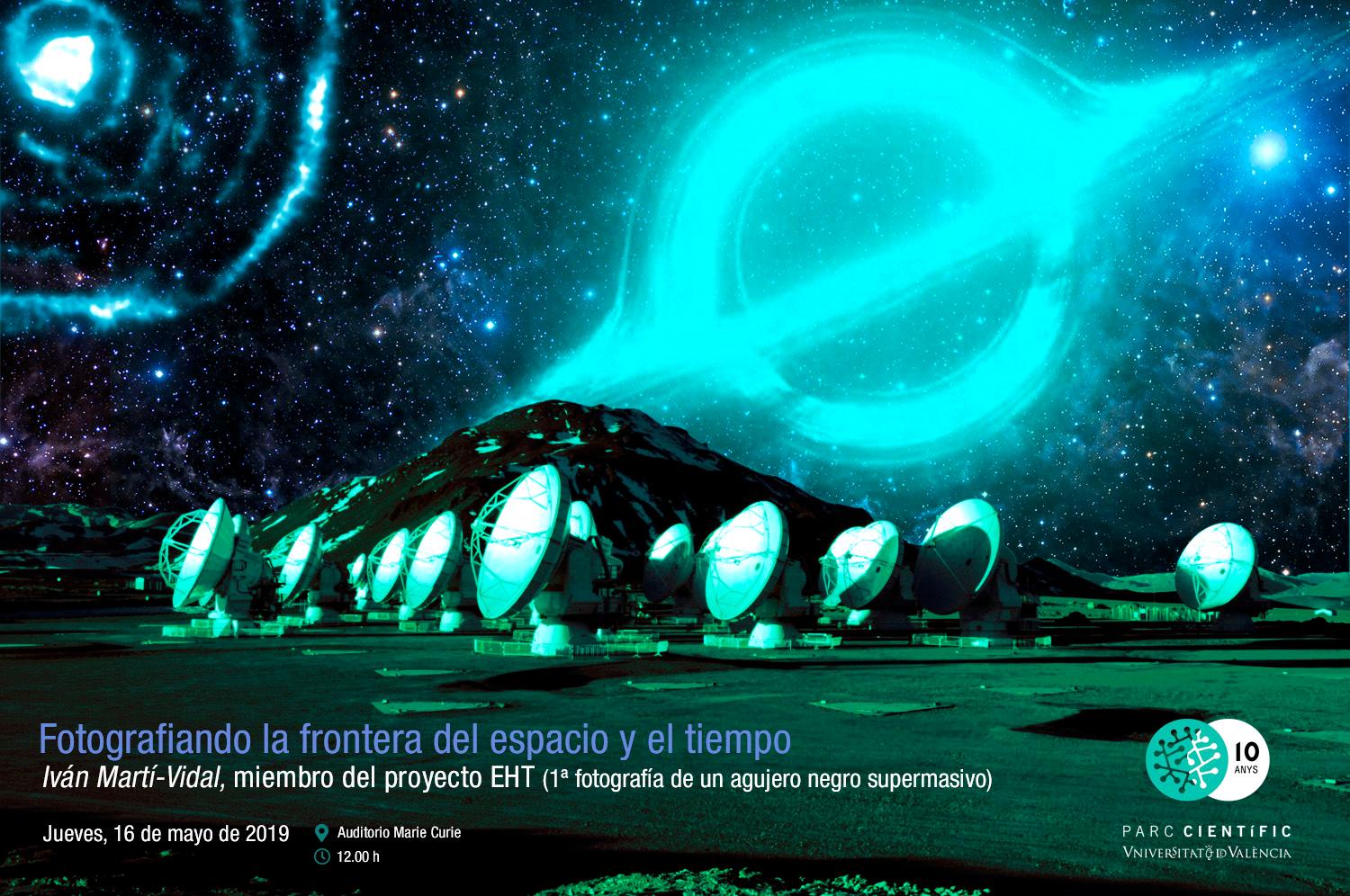 Just a few weeks ago, on April 10, the Event Horizon Telescope (EHT) project revealed to the world what has already become one of the most well-known and far-reaching images in the history of Astronomy: the first photography of the vicinity of the event horizon of a black hole. The impact of this image is due not only to the enormous scientific importance that it carries, but also to the fascinating technological challenges that it has entailed.

From the hand of one of the direct collaborators of the EHT project, the astronomer Iván Martí Vidal, we will review the main ideas, concepts and curiosities that surround the black holes, "the most exotic and mysterious objects of the Universe". Also, we will know details and anecdotes behind this iconic image.

Iván Martí Vidal holds a PhD in Physics from the Universitat de València (2008). He was postdoctoral researcher "Alexander von Humboldt" at the Max Planck Institute of Radio astronomy (Bonn, Germany) until 2011 and a staff astronomer at the Onsala Observatory (Sweden) until September 2018. Thanks to its "PolConvert" algorithm, the ALMA telescope was able to join the EHT project in record time and with a minimum budget, becoming the most sensitive element of the whole EHT, allowing to obtain the first image of a black hole.

In addition to being a member of the EHT project, Iván Martí Vidal is coordinator of the Polarimetría group, whose mission is the study of the role of magnetic fields in the surroundings of the event horizon. Currently, he is a member of the Astronomers Corps of the National Geographic Institute. Starting in June, he will become the Principal Investigator of a CIDEGENT Scientific Excellence project at the Universitat de València, subsidized by the Generalitat, with which he will continue his collaborative work in the EHT project.

This conference is part of the cycle of informative presentations that the University of Valencia Science Park will organize throughout 2019 to mark the tenth anniversary of its official inauguration. 10 years ago, this ecosystem of R+D opened the doors to the transfer of university knowledge to society through the creation of innovative technology-based companies.