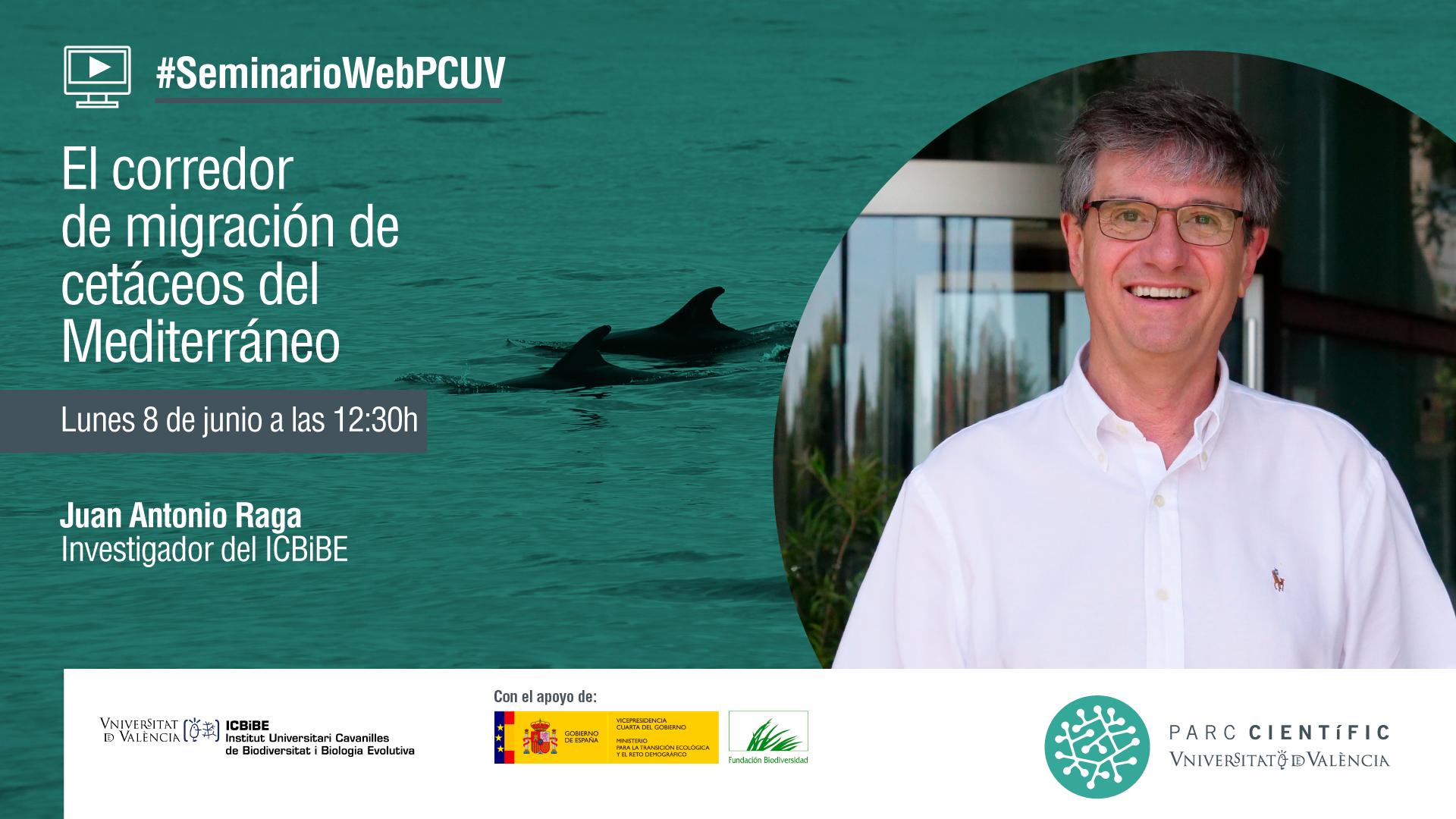 One of the strategies for the conservation of biodiversity in the Mediterranean Sea is the creation of marine protected areas. Recently, the "Cetacean Migration Corridor" has been declared a specially protected area of importance for the Mediterranean. This web seminar will detail the stages that have led to the culmination of this process, as well as the proposals for future actions to be developed for the protection of these marine mammals and the rest of the biological diversity of this environment.

Toni Raga is Professor of Zoology at the University of Valencia and coordinator of the Marine Zoology Unit at the Cavanilles Institute of Biodiversity and Evolutionary Biology, located in the University of Valencia Science Park. He has more than 40 years of experience as a teacher, having given courses and conferences in a large number of academic institutions in Europe and America. For two decades he has directed the European seminars on the biology and conservation of marine mammals at the Menéndez Pelayo International University.

In his research career, specializing in marine biodiversity, he has directed 80 R+D+i projects in different countries, the results of which have been published in more than 200 books and scientific articles. In recent years, his work has focused on the conservation of endangered marine species and spaces, on understanding the biology of parasites and their impact on aquaculture and wild populations of fish and other marine vertebrates, as well as on studying the impact of human activities on marine fauna and, in particular, in the context of global change.

This informative meeting will take place on Monday 8 June, International Day of the Oceans, and has the support of the Fundación Biodiversidad. It will last one hour (45 minutes of presentation and 15 minutes in which Toni Raga will answer the audience's questions).

You can access the web seminar live on the Youtube channel of the University of Valencia Science Park: https://www.youtube.com/channel/UCDMqcYwmWojkY7FqF1cZH8w