The University of Valencia Science Park Foundation´s objective is to be an organisation free of inequalities and respectful of community, state and regional norms and recommendations, whose common objective is "to fight against discrimination in all its manifestations and to ensure that the equality between women and men is effective"

Until now, the FPCUV had adopted measures aimed at complying with the obligation to respect equal treatment and opportunities in the work-place set forth in Organic Law 3/2007, of 22nd, for effective equality between women and men. However, as a matter of principle and commitment to achieve real equality within the organisation, the management of the FPCUV has decided to develop and implement its own Equality Plan voluntarily.

Prior to the development of this Equality Plan, a diagnosis of the initial situation was made. Their results led to the conclusion that the FPCUV applies the principle of equal treatment and opportunities between men and women.

In order to consolidate this situation, the FPCUV´s Equality Plan incorporates an ordered set of measures, aimed at guaranteeing equal treatment and opportunities for men and women in the company, and preventing any discrimination based on sex. With this Equality Plan, the organisation hopes to improve the work environment and labour relations, the personal satisfaction of the workforce, and their quality of life and occupational health.

The General Directorate of the Valencian Institute for Women has granted the University of Valencia Science Park Foundation (FPCUV) with the seal 'Making company. Equal opportunities’, the Generalitat's recognition to the companies of the Comunitat Valenciana that stand out for the application of equality policies and that have obtained the visa of their equality plans. 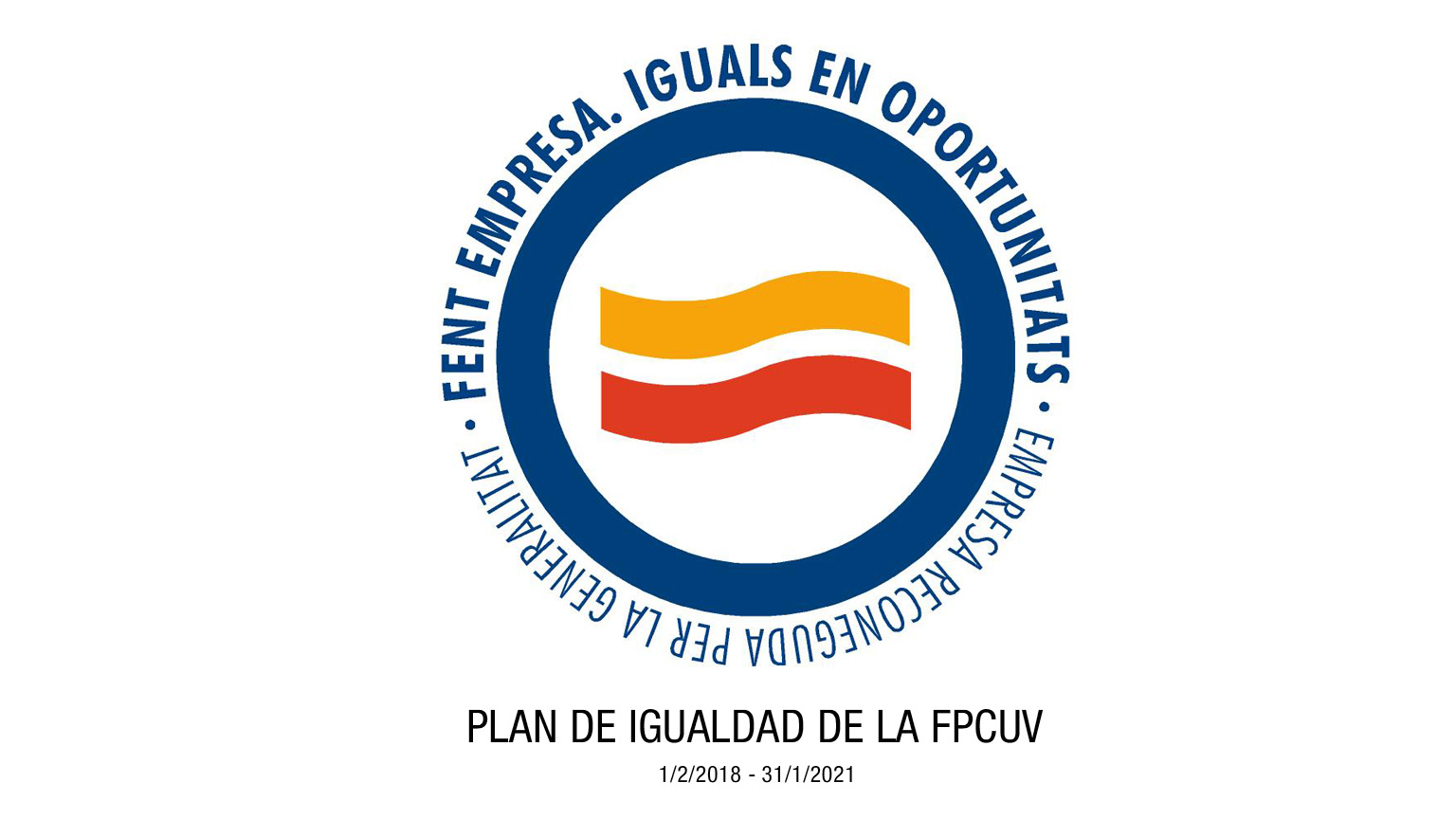 This recognition, whose validity extends from February 1, 2018 to January 31, 2021, implies the fulfillment of obligations, such as the configuration of an Equality Committee, which must be formed by a joint composition in number and gender. Likewise, this seal will be valued for the purpose of obtaining public subsidies on whose regulatory basis the effective achievement of equality in the entity is taken into consideration.

One of the highlights of the implementation of equality plans in companies and entities is the fact of increasing the satisfaction of their teams as well as developing their full human potential. For this reason, the FPCUV will act proactively encouraging companies installed in the Science Park to define their equal opportunities policies between women and men through the approval of equality plans.

For each of these areas, objectives are defined and the actions planned to achieve them are described below, taking into account the measures that the FPCUV has already implemented and the new measures to be developed with the Equality Plan.